Subscribe to RSS
Our Album of the week . A Celtic Celebration The Bookends 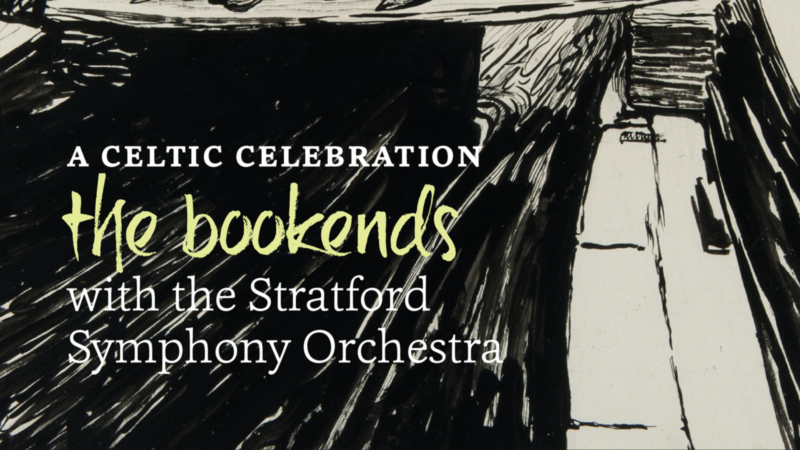 The tale of The Bookends begins in the storybook town of Stratford, Ontario where wafting notes of an Irish whistle brought together two couples on a warm summer’s eve. This perfect pairing of Cait & Pete, and Miriam & Errol – with a shelf-full of stories between them, became The Bookends. They are Celtic instrumentalists who keep audiences of all ages spellbound or fast-footed with their masterful arrangements. Filled with good natured banter, fascinating footnotes, and a steady switching of instruments, The Bookends deliver a show of energetic enrichment, and fantastically frenzied fun.

With an already encyclopedic knowledge of Celtic music, The Bookends set out on a quest to find the heart of the music of Ireland and Scotland. In the speckled light of stained glass windows, in libraries whose bones creaked with age, The Bookends pored over vellum and parchment pages in the tunebooks of ancient Celtic music masters. In time, they were endowed with ‘the tradition’ – an expression used by traditional players to describe a rarified form of the purest melodious expression. Only then did they draw on rock & roll, classical, world, and folk music to hone their own sound and pen their own compositions – with arrangements that compel even the hardest of metalheads to dance jigs and profess their adoration for The Bookends.

The Bookends released their first album, “Chapter One” in 2020. Roots Magazine Canada marveled that The Bookends “think outside the box” in their music and album promotion – crediting them with boosting the local economy during the pandemic lockdowns of 2020. The album has enjoyed airplay on radio and popular podcasts. Their next album is eagerly anticipated, and is set to be released in January 2023.