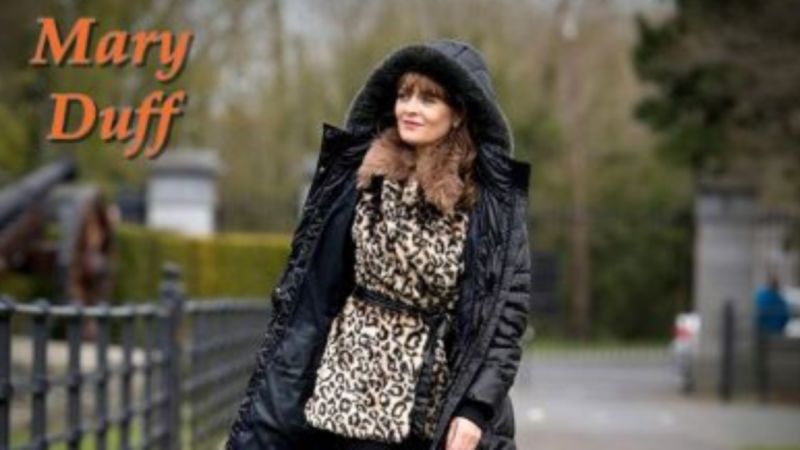 
International recording artist Mary Duff has just released her new single, "Looking Forward To The Past", written by Garth Brooks and Kent Maxon, following her recent announcement that she will no longer tour with Daniel O'Donnell.

Although best known for her collaborations with Daniel O'Donnell, Mary Duff has also carved out her own solo career over 30 years. She has the distinction of having shared the stage with Garth Brooks during his first European Tour ( still the only Irish artist to have done so), as well as having appeared on the prestigious Wembley Country Music Festival.  Over the years Mary has toured through the UK, USA, Australia, New Zealand and Sri Lanka with her own band, and appeared on some of the biggest European Country Music Festivals, at the same time amassing thousands of You Tube views and radio airplay worldwide in her own right.

Mary recently announced that she would not be returning to the Daniel O'Donnell show (a fixture for over 30 years)  highlighting that that she wanted to spend more time close to family in Ireland and invest more time on her own musical projects which was warmly embraced  by Mary's many fans who look forward to seeing more of her as a solo artist.

Although Mary would often be regarded as a traditional Country artist, she cites music influences as diverse as Patsy Cline, Etta James, Emmylou Harris and Keith Urban. The new song "Looking Forward To The Past" is a modern country classic which highlights Mary's abilities as a contemporary recording artist comparable to Martina McBride or Trisha Yearwood. Focusing on the themes of rediscovering old dreams, Mary initially released "Looking Forward To The Past" as an album track on her all original 'Changing Lanes' album, but recently found new meaning in the song.

Reflecting on the song, Mary said:

"Looking Forward To The Past" is a song that is all about dreams and ambitions, so for that reason it very much reflects where I am in my career at the moment.  I've had some amazing experiences as part of the Daniel O'Donnell show down through the years and although I wouldn't have missed it for the world, the heavy touring schedule has meant that I've had to put a lot of my own projects on the back-burner. So I'm at a place now where I'm ready to look back on those projects and fulfill some of my own dreams as a solo artist".

For further information about Mary or to arrange an interview please contact Carmel Mannion at Jump The Moon PR on Tel: +353(0)894607519 or email jumpthemoonpr@gmail.com