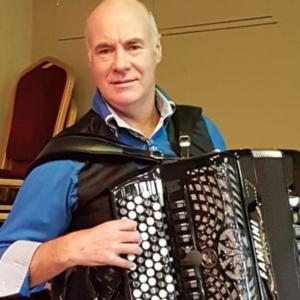 Bob Liddle’s Box and Fiddle show
"Bob Liddle is an accordionist from Kelso, Scottish Borders, but also plays highland bagpipes, guitar, keyboards, drums and bass. Bob has played extensively throughout his life as both a solo artiste playing pubs, clubs and functions, and also with his ceilidh band, The Blackthorne Ceilidh Band. Bob has been a guest artiste at many accordion and fiddle clubs both as a solo and with his band, and has also written, recorded and produced two complete albums of accordion music, namely “Softly Flows The Tweed” and “Kale Water”. He has a wide taste in music, and listeners can be assured of a wide variety of accordion and fiddle music on his shows, from artistes all over the world.”