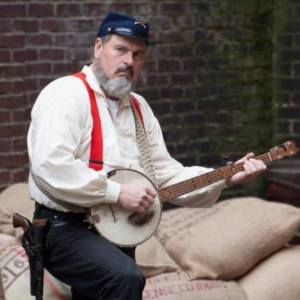 The Old Time Music Hour on MKB Independent Radio is a weekly program dedicated to providing our listener’s the finest Traditional and Progressive American Appalachian old-time music. Appalachian Old Time Music is the original American country music, the melding of the Celtic fiddle with the African Banjo dating from roughly 1700-1940. The program is hosted by Bill Smedley from Williamsport Pennsylvania, USA. Bill was a founding member and past President of the Bald Eagle Folk Collective, a 501 C3 non-profit in Lock Haven that produced an assortment of folk concerts from 1982-1989. Bill was also a member of the Gnarled Knuckles String Band, he plays the 5-string clawhammer banjo and has been a member of the Old Time Music Community for over 40 years. He has studied with some of the masters of the Old Time Banjo including, Tommy Thompson, Mac Benford, Debby McClatchy, Richie Stearns and Riley Baugus. His knowledge of the history of the music along with his passion for collecting, recording and playing rare tunes combines to make the Old Time Music Hour a very special program on MKB Independent Radio . On the Old Time Music Hour you will hear classic old tunes, new tunes, ballads and even a waltz by famous and upcoming musicians with various styles of playing. Bill’s calming voice combined with his mix of old tunes and historical background, along with his collection of recordings and CD Reviews gives a unique flavor to the program that may not be heard anywhere else. The exposure he gives to independent artists is known and appreciated worldwide and he has produced over 200 shows. We hope you enjoy this weekly program on MKB Independent Radio. Bill’s intention is to bring joy and happiness to your life with Appalachian Old Time Music.