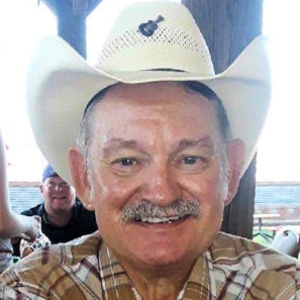 Billy Bowles is a born and bred proud Texan, who has lived a life of respect and admiration for REAL Country music with a special affinity for the Texas born genre of Western Swing - the Official State Music of Texas.

From his humble upbringing in the heart of the oil & ranch country of Sundown, Texas, Billy began a never-ending love of music at a very young age. His major influences during his adolescent years were the music of Hoyle Nix, Bob Wills and Hank Williams, along with the legendary voices of all-night radio - Bill Mack The Midnight Cowboy from Fort Worth's WBAP, and in later years the great Larry Scott on Shreveport's KWKH.


Billy eventually found his true calling in 2011 when he unexpectedly found himself with an opportunity to begin hosting his own radio program in Lubbock. He named it Billy Bowles' Swinging Country, and focused on playing today's Independent Artists who record REAL Country Music and Western Swing. He had never dreamed of hosting such a successful show, and soon realized it was God's hand that created his destiny to be in the right place at the right time.

Billy's many Accolades include --
Academy Of Western Artist Winner of The Will Rogers Award for Disc Jockey of the year for 2012.


Inducted into the Cowtown Society of Western Music, Western Swing Heroes Hall of Fame and Disc Jockey of the year 2013.